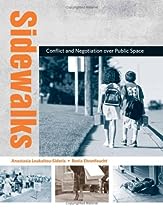 Annandale, located between Parammata Road, Johnston's and White's Creek and the harbour is a Diverse Space. Thousands of Motorists drive through it every day - along Parammatta Road, Johnston St, Collins St, Booth St and the Crescent. But people also live and transact their business in Annandale and the footpaths are an important community space.

There are pedestrians everywhere from before dawn to late evening. Walking to and from public transport to get to the CBDs. Joggers, Meditators, Socials and Dog walkers.

Without many driveways, even motorists who have parked their cars, on the stree, use the verges and footpaths.

The footpaths and verges enable a wide range of people to meet and discuss local issues or to pass anonymously.

In 2005, there are three primary schools filled to capacity, a couple of day care centres and playgroups. There are nursing homes and self sufficient people who live independently but need wheelchairs to get around.

There are a number of Cafes, whose patrons share the pavement.

Parammatta Road, Annandale is significant in Rock History with Guitar Shops and Pubs where now famous and defunct bands have performed.

The Thai Prime Minister's visit to the Budhist Monastary in Annandale during APEC 2007. While there was security, the locals who were in the area were alerted by a large motor cycle police presence but were able to get relatively close in a very relaxed way.